* In case of any delay in receiving the OTP, you may verify it later. Please proceed without verification.

Enter your City name or Pincode

Nirmal is a Municipality in Adilabad district of Telangana. It is very famous for Nirmal paintings, Nirmal toys and Nirmal fort. You can visit Nirmal for enjoying 'Rural tourism' too by going around villages in the surrounding areas.

Nirmal has Dilawarpur Mandal towards the West, Mamda Mandal towards East and Sarangapur Mandal towards North. Nearby cities include Bhainsa, Nirmal , Koratla and Nizamabad. Budhwarpet, Somwarpet, Priyadarshini Nagar, Bagulwada and Brahmapuri villages are situated at a range of about 1 kms from Nirmal.

Nirmal Assembly constituency is one of the 10 constituencies in Adilabad district. There are 5 mandals in this constituency. They are Nirmal, Dilawarpur, Laxmanchanda, Mamda and Sarangapur Mandals. Nirmal is also the political Headquarters of Adilabad district. It is located between Varanasi-Kanyakumari Highway and NH-222 Nirmal-Kalyan (Mumbai) Highway. The highway has 4 lanes which makes the journey quite comfortable.

Do you know that there are lot of monkeys in Nirmal! When you visit this place, do not stroll around with eatables in your hand to keep safe. 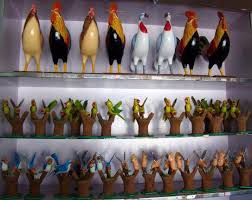 The word 'Nirmal' has been derived from Nimma Naidu who was a ruler in the 17th century. Nimma Naidu patronized art, especially the art of toy making from teak and tender wood of Poniki. Today, the town is known for art and craft taken up here by most of the population as their primary source of livelihood.

The history of Nirmal in Adilabad district of Telangana state dates back to 400 years! Adilabad was formerly called Edulapuram. Later it came to be called as Adilabad after Ali Adil Shah, the Ruler of Bijapur (Headquarters).

The district of Adilabad has been ruled by many rulers such as Mauryas, Satvahanas Vakatakas, Chalukyas of Badami, Rashrakutas, Chalukyas of Kalyani,Yadvas of Devagiri, Kakatiyas, Bahamanis, Imad-Shahis of Berar, Nizam-Shahis of Ahmednagar, Mughals, Bhonsle Rajas of Nagpur, Asaf-Jahis, Gond Rajas of Sirpur and Chanda (Chandrapur). The Gond kings established their power for nearly five Centuries during 1240 to 1750 A.D.!

Deposits of coal, limestone, iron-ore and cement-grade lime stone and clay are found in regions around Nirmal.

People and Culture in Nirmal

Most of the population belongs to Hindu religion. There are many Muslim and Christian families residing in the city. People speak Telugu, Hindi or Urdu.

Most of the families are occupied in the small scale industry pertaining to Nirmal toys and Nirmal paintings. These are famous all over the globe and are also exported to foreign countries. These are named 'Nirmal' after the place of origin of this art form. 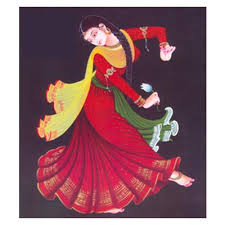 The climate in Nirmal town is hot and dry during summers (March to May). May is the hottest month here. The winter season spans from December to February with December being the coldest month. The period from June to September brings the southwest monsoon season when it is quite humid and October and November make for post monsoon season. The seven lakes around the town make the weather of the place generally pleasant. July is the month when it rains the most. 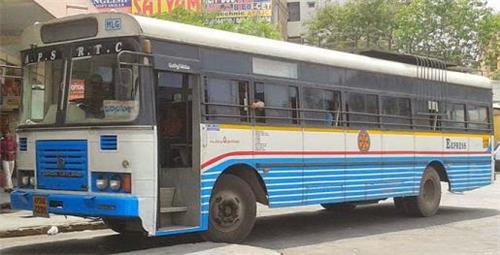 Nanded Railway Station is major railway station 121 kms. from Nirmal. There is no railway station near Nirmal upto a stretch of 10 kms.! People travel by buses run by state Government - TGSRTC (Telangana State Road Transport Corporation) buses. Within the city, they use cars and auto rickshaws. Nirmal is well connected by road with all neighbouring towns and cities.
Your visit to Nirmal will indeed be interesting as you will get an opportunity to visit pilgrimage centres, waterfalls, wildlife sanctuaries and lakes. Enjoy your trip to the town famous for toys and paintings! It's art and beauty all the way!

Comments / Discussion Board - About Nirmal